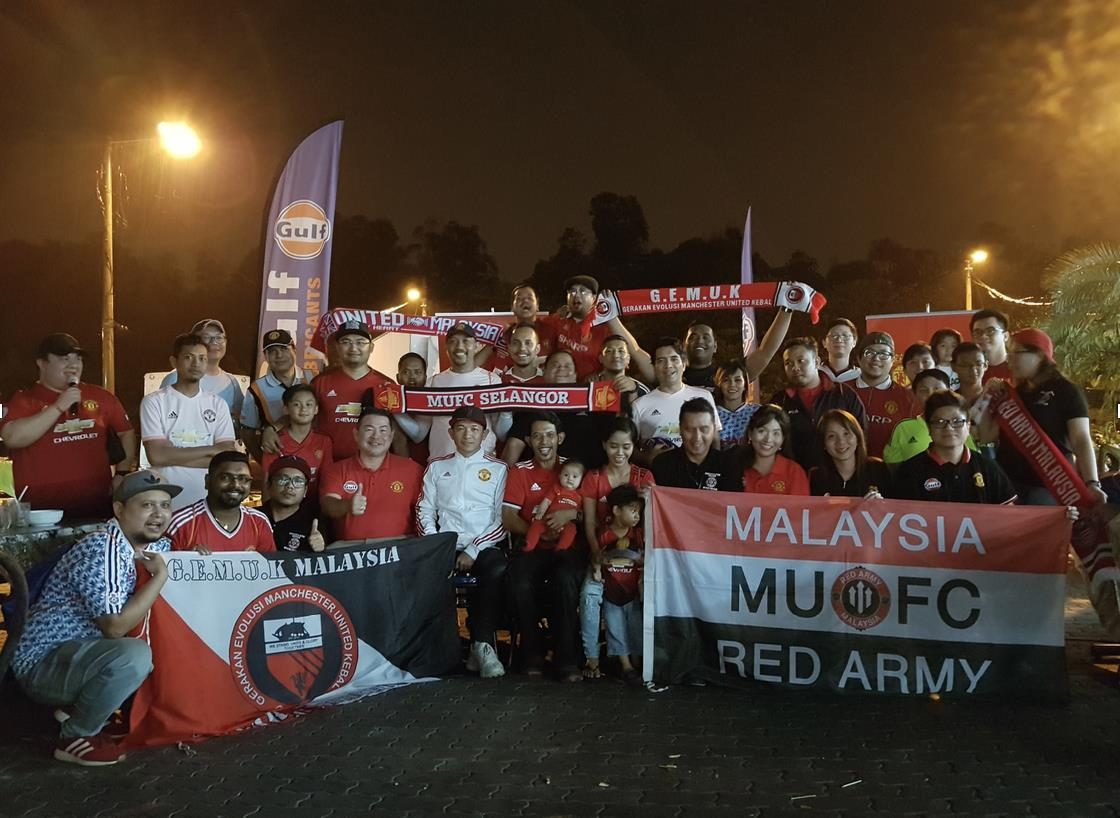 Personnel from Gulf Oil Singapore were wearing blue among a sea of red, as they gate-crashed a Manchester United supporters club during a recent match.

While an invasion of blue wouldn’t usually go down too well with Reds supporters, it was very good fun among the crowd, as volunteers took their turn to compete in the Gulf Fan Academy ‘blindfold challenge’ and pose for photographs. Afterwards, everyone took their seat to enjoy the match!

Each of the attendees were treated to free gulf t-shirt and bag. A Q&A session accompanied the match (which United won!) and everyone who came was put into a prize draw for a shirt signed by United Legends, David May, Denis Irwin and Dwight Yorke.

The first Malaysian fan event proved to be a great success and GOSEA now plans further such match viewings.